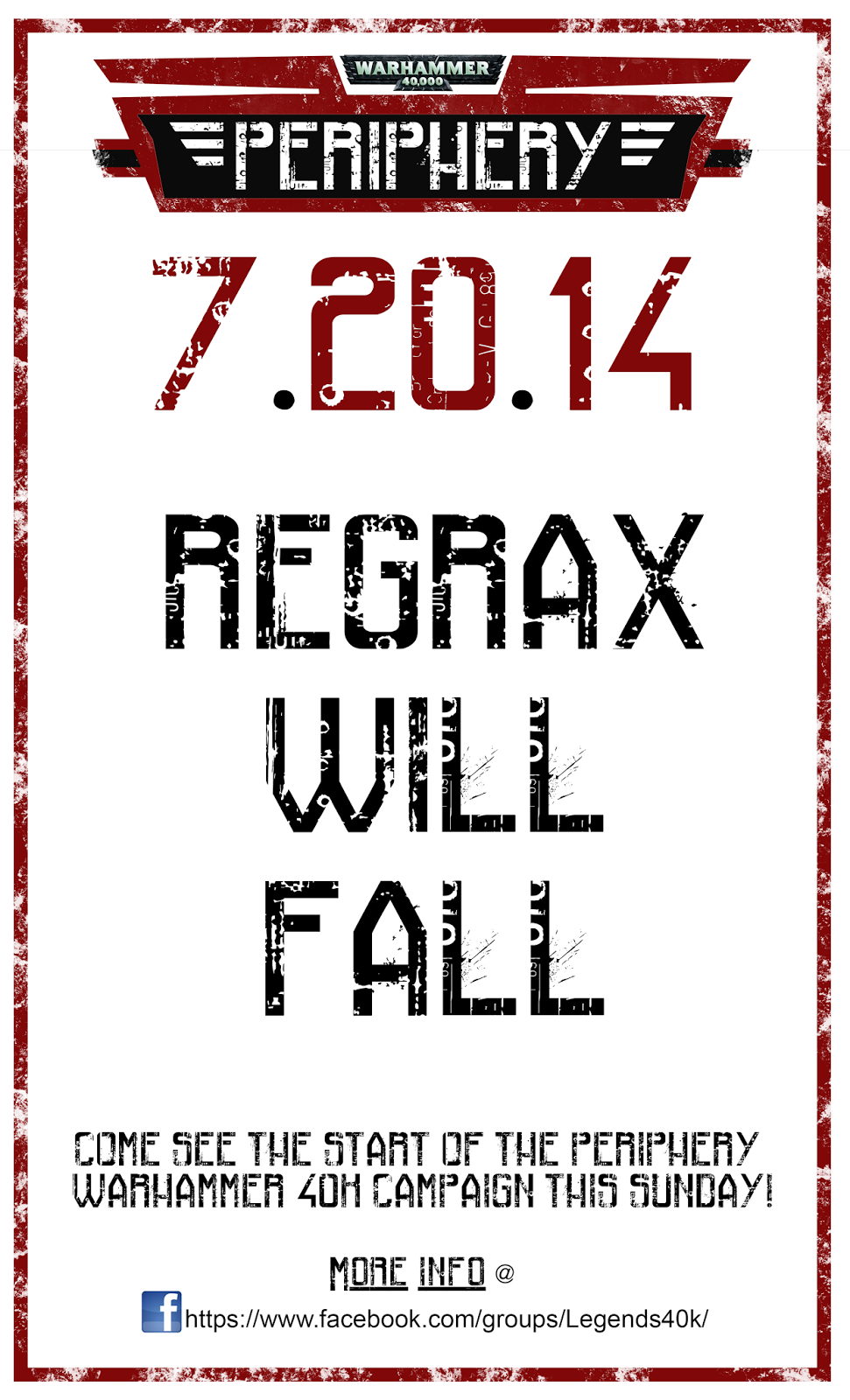 This Sunday July 20th Legends Gaming will be kicking off its first major campaign “The Battle for Periphery” by staging a massive 14,000 point apocalypse game! The fall of hive Regrax will be a showcase battle between Tyranids and the Imperial guard (Astra Militarum) who are desperately trying to hold off the Tyranid invasion while the civilian population tries to evacuate the doomed city. This Sunday will also be the official start of the campaign, so players who have signed up or sign up at the event will be able to start playing through the first tier of kill team games (500 points)
It's shaping up to be a pretty epic throw down between some pretty awesome armies (Chucks nids always a visual treat when deployed en force) So if your free this Sunday, swing by the store, we'll be set up in the overflow space next to the game side, we will also have plenty of tables set up for anyone wanting to play campaign missions, or get in a pickup game or just hang out and hobby. 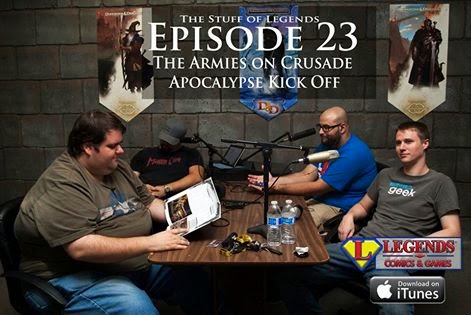 One last blurb. The latest episode of “The Stuff of Legends” is up, this week we talk about the upcoming campaign (I know, shocker right) hobby progress and games played for the week and general news for the gaming group.

P.S.
If you want to know what the gaming group is up to on a regular basis check out the Facebook group.
https://www.facebook.com/groups/Legends40k/
Posted by Unknown at 11:14 AM